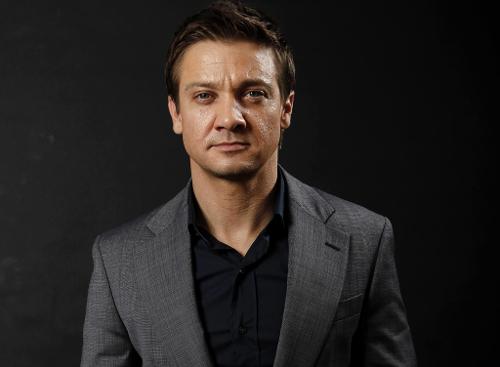 In Kill the Messenger, which opens on Friday, Jeremy Renner plays embattled journalist Gary Webb, an investigative reporter who, in the mid-’90s, unearthed a shocking U.S. government conspiracy that reached back to the Reagan-era White House. In a plot that would later be outlined in Webb’s 1998 book Dark Alliance: The CIA, the Contras, and the Crack Cocaine Explosion, the CIA had turned a blind eye to the crack-cocaine epidemic that gripped many American inner cities. Why? Because those drug sales were funding a secret war in which the Reagan-era White House armed Contra rebels in Nicaragua.

When Webb published a lengthy account of the scandal in the San Jose Mercury News, he was considered a hero of investigative reporting. But soon after, Webb himself became the story when he was targeted by some of the most estimable publications in the country — including the New York Times — for flaws in his incendiary report. Ostracized by his colleagues, Webb committed suicide in 2004. “To get abandoned by your own is a massive betrayal, and that broke his back,” Renner told Yahoo Movies during a recent interview in Beverly Hills.

Renner openly acknowledged that Webb’s reportingwork was imperfect, but, echoing David Carr’s assessment in a recent New York Times story, the actor noted, “He was still right.” Kill the Messenger reconstructs Webb’s investigation while trying to avoid the many “rabbit holes” that Webb went down, Renner said. To prepare for the role, the 43-year-old actor focused on the man himself and how Webb’s stunning discovery led to his own tragic undoing.

What kind of research did you do into Webb’s life?

Gary gave wonderful monologues about his perception of things. He was a really smart guy, really passionate and driven. That was my road map to finding Gary, from his writings and then from home videos.

What did you learn from Webb’s family?

I met the family after I had a handle on who Gary was, [when] I was almost done shooting. It was a very sensitive subject to dig up, [asking about] some old stuff that maybe they’re still healing from — the kids from the death of their father. So I didn’t want to start prying and poking around, even though they were very willing to talk and chat about things.

There are so many layers to the story. What surprised you the most?

There were so many rabbit holes that he’s going down. It’s almost an untellable story, because it still really isn’t ultimately figured out. For filmmakers, we can’t go down the rabbit hole that Gary did, because it’s not about Dark Alliance. Ultimately, it’s about him uncovering that story and what happens to him in this search for truth. He gets persecuted for it.

When it comes to accuracy, what were you most concerned with?

Some people call Gary a hero. I call him courageous and brave. He’s flawed. That makes him more a hero to me now that I see his flaws — his infidelity, [his] not writing a perfect article. That’s how I get who he is. Here’s the good, here’s the bad, here’s the ugly. Let the reader take away what they take away. That’s what I wanted to get right.

Webb’s reporting brought to light not only a drugs-for-guns conspiracy but also class and race issues in America that rage on today.

The movie is part of a recent push to vindicate Gary Webb. Do you feel that he has been properly cleared?

I think it’s impossible. He’s dead, and the family has mourned his loss and come to terms with that. So I don’t know if there’s any vindication that really matters. It’s not about vindicating Gary Webb himself, but honoring him, and honoring what he did, honoring journalists to be courageous.

I saw that an Esquire article in 1998 essentially vindicated him, citing CIA testimony that backed up his claims. But it had little effect in resurrecting his reputation. Why has it taken this long?

Why do you think there was such an aggressive effort to discredit his reporting?

He scooped some big media, and there’s probably some ego and politics involved in that. He wasn’t a perfect journalist. He didn’t have all the answers. He just found this story. So they did pick apart things where he needed to be picked on. There was some hyperbole, and there was some oversimplification on issues. But he was still right, and shame on anybody else who said otherwise and bashed him. It’s media spin, it’s been happening forever, and it’s just tragic that it happened to Gary and what he uncovered.