Kill the Messenger's Jeremy Renner on why heartbreaking scenes were "fun"

Jeremy Renner stars in the new real-life drama Kill the Messenger. We sat down with Renner to find out what it was like to play Gary Webb, a tragic yet brave journalist who exposed the CIA for creating the crack cocaine epidemic in the 1990s. We were shocked by some of things he had to say. 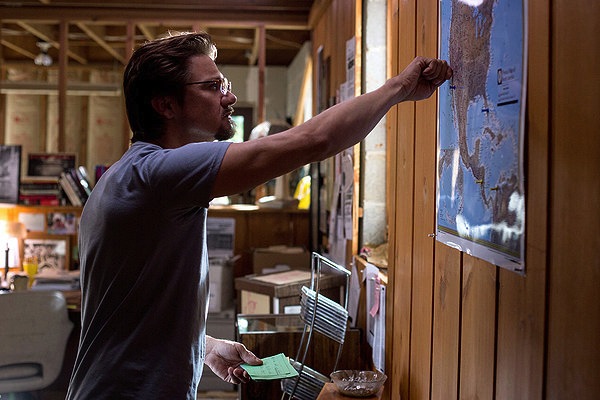 Kill the Messenger is the true story about a small-time journalist, Gary Webb (Jeremy Renner), who accidentally uncovered a secret plot by the CIA to arm Contra rebels in Nicaragua by importing cocaine into California, thereby creating the crack epidemic of the 1990s.

Webb's story is a tragic one, ending with his death in 2004. Though his death was ruled a suicide, we were puzzled to discover Webb's cause of death was from two gunshots to the head. Yes, two. We had to ask Renner how that was even possible and did he think Webb's death was the result of something more sinister. He gave us a very cryptic answer.

"It's a very touchy subject for the filmmakers because it becomes very heavy-handed filmmaking, so that's why we exposed it the way we did. We bookended the movie with the morgue shot and if you know anything about guns, which I do, well… I don't really want to get into that, because I want people to walk away with their own opinions and not mine."

So, we asked Renner if we could read between the lines and interpret his answer to mean he believes the CIA had something to do with Webb's death. He chuckled and said, "Read it as you like. I mean, I can have a real conversation with people in private, but I'm not screaming out to the world anything political. You can read between the lines all you want. I don't think you'd be wrong."

Whoa. That's pretty shocking. Renner then said he understands how Webb's death could dominate audience members' conversations and thoughts, but told us, "I don't want that to be the ultimate takeaway from the movie. That's why we tried to go a little bit more subtle with the filmmaking."

We half-jokingly asked Renner if he's worried that the CIA might want to retaliate against him after they see the film, or at the very least, flag him to be audited by the IRS. He laughed again, saying, "I think they have more important things to do. I don't have a guilty conscience. The IRS can come after me all they want." 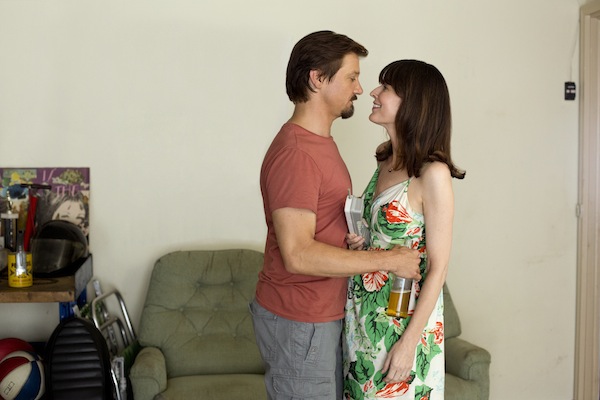 Kill the Messenger has a 1970s feel to the filmmaking, in that it-s very character-driven and emotionally taut. Renner claims that his desire to play Gary Webb was personal to him for a couple of reasons. "Being a new husband, a new father — I kind of wanted to explore that. It's also personal to me because some of my favorite movies are from the '70s. I like everyday journeymen who are put into extraordinary circumstances, like Gary Webb."

There's a powerful, emotionally charged scene in the film where Gary Webb has to confess to his son Ian (Lucas Hedges) that he cheated on his wife with a coworker. We asked Renner what it was like to film such a difficult scene. He claims it was fun.

"I know that's a weird word, because it was heartbreaking and not an easy scene for Lucas. He's an amazing little actor."

We asked Renner if he's ever had to confess something that he wasn't proud of. "Sure, absolutely. A lot of things that happened in the movie were happening in my real life that I don't want to get into. Let's just say sometimes, life imitates art and vice-versa." Wow, another shocker.

Being such a big fan of Kathryn Bigelow, director of The Hurt Locker, which won Best Picture in 2010, we had to ask what she was like. Renner gushed.

"She's amazing, badass. She's a painter, more than a filmmaker. She's a wonderful observer, very visual. Very smart and she's a supermodel — she's gorgeous." We agree, though Renner has been pretty open about the difficulty of making that particular film in Jordan's unforgiving 125-degree heat.

"The heat was a real small part of the process. It was difficult, don't get me wrong. Physically, I could do [a movie like that] again, but not emotionally or spiritually as a man."

We get it, but playing Gary Webb is pretty intense as well.

Kill the Messenger opens in limited release on Oct. 10.